Immediate Need
We are here to help you. If you have need of our services, please call us, day or night, at:
215-467-3838
To better prepare yourself, we have provided you with some helpful information regarding the immediate need process.

To share your memory on the wall of Nicholas Silvestro, sign in using one of the following options:

Nicholas grew up in South Philadelphia and, like so many men of his time, enlisted in the army after the bombing of Pearl Harbor serving in the European theater of WW2 and later in the Korean War. A member of The Greatest Generation. After his time in the service, he made a home with his wife and children in South Philadelphia and then made the move to Cherry Hill in the mid-60s. He was a real estate appraiser for manufacturing plants and his job took him all over the US. The only state he didn't step foot in was South Dakota. He enjoyed bowling in the Glenview Couples League with his wife and their late night post-bowling meals at the Country Club Diner. He loved his summers at the Woodcrest Pool. He served so many years on the board there he was voted a honorary lifetime position. He taught many kids how to swim, was a stroke and turn judge for swim meets and a diving official. He loved judging the diving meets the most. He also loved his Saturday morning golfing with the guys at Little Mill Country Club. He and his buddies rarely missed a tee time and he continued to golf into his 95th year of life although not always a full 18. When his wife passed away, he became a snowbird in Florida and found a whole new crew of golf buddies. His sister-in-law Louise would join him in Florida for a few months and they really enjoyed themselves with their group of friends in sunny Florida. The last six years he lived with his daughter and looked forward to his sons taking him out to eat and his weekends visiting his sister-in-law in South Philly. When he could no longer drive his car, which he was not happy about, he got a scooter. He loved tooling around the neighborhood talking to everyone and his daily stop into the deli to get a milkshake and flirt with the girls! It was a life well-lived!

To send flowers to the family or plant a tree in memory of Nicholas P Silvestro, please visit our Heartfelt Sympathies Store.

Show you care by sending Flowers

We encourage you to share your most beloved memories of Nicholas here, so that the family and other loved ones can always see it. You can upload cherished photographs, or share your favorite stories, and can even comment on those shared by others.

Guaranteed hand delivery by a local florist
A 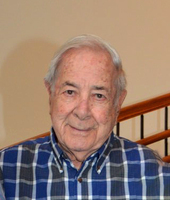 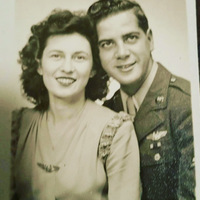 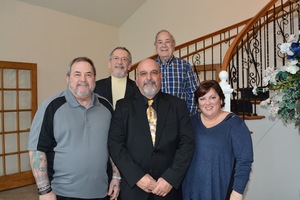 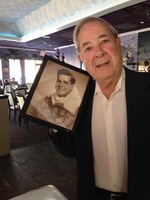